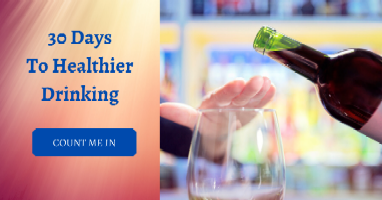 
Random Thoughts
I make a distinction between having a drink while alone & “drinking alone“
See the difference??

Ah, that insipid little voice, I know it well. In my experience --
more from trying to quit tobacco than alcohol -- giving in to the
voice is quite a letdown. The cigarette (or drink) doesn’t taste
nearly as good as the voice promised it would, and rather than the
relief the voice said it would bring there is only disappointment.
It’s the voice that needs to be suppressed the second it starts
whispering because once you let it linger, you start to believe it,
and once you start to believe it, well, so much for self discipline.
Tell it to take a hike, because it’s lying to you and you know it.
Like you say, nothing like waking up without shame on a cool clear
morning.
All easier said than done, right?

You not only get to feel good because you don’t have a
hangover, but also because you kept your resolve!!!
Keep building that “self-discipline muscle!!!“


Well here’s something that I did the last time I danced with Absolut. I was really
hammered and feeling in the funk about it so I set up the video cam and taped
myself talking to myself completely blotto. Then I put it away for a week or so
(and started my abstinence) and took it out one evening and watched it.
The result was a MAJOR wake up call. Don’t know if that will work for anyone else,
but it sure gave me a motive to stay the course.

If you don’t mind I ask some rhetorical
questions so as to remind myself when I overdo to ask them of myself.
Why the binge?
What was I feeling /doing when I went to take the first drink?
The second?
The third?
The fourth? (lucky I’m a guy)
Now I am up to the suggested limit (3 for you gals) Why do I want the next
one?? What is it going to do for me right now ( I know it will produce a
hangover tomarrow that I’ll regret) But something is telling me one
more……What is that emotion, desire…Where is it coming from?????
These are the questions I need to answer to tweak my moderation skills when
I get taught a lesson. Do you have any others that you ask?

What do you enjoy? What types of things have you always wanted to do?
Dreamed about? Talked about? Start taking small steps towards those things.
Write that letter to an old friend you’ve been thinking about. Walk the dog.
Paint an old piece of furniture. Bake some cookies and give them away. Take
a drive on the weekend somewhere you’ve always wanted to go, but were too
much of a fog to actually go. Recently I put together a photo albulm that
I’ve been meaning to for MONTHS, and it was a great feeling to just complete
something. :) It doesn’t have to be big stuff… just small steps will make
you feel better. Write a list and tackle just one thing a day for the next
thirty days. My photo albulm took me almost a week to complete, a couple
hours here, a couple hours there… hope that helps.

It is much harder to avoid drinking when
being sober doesn’t feel normal. And the more you do it, the more being sober
does feel normal. The whole thing seems to be cumulative -- or at least it seems
that way to me -- so each bit of abstinent or moderate time you put in will make
it easier in the long run. And of course, the not-being-drunk thing has a
momentum of its own. After a while, being drunk feels weird and hangovers feel
unnatural.

I was feeling really deprived, woe is me, etc., then read her post, and thought the following(circle around
words over cartoon character’s head?):Its really no big deal if i don’t
drink tonight, but it will be a really big deal if i don’t succeed in
overcoming this problem--which is the bigger “catastrophe“, not drinking in
the next few hours, or returning to the hell of daily overdrinking?--no
contest.

I think everyone should evaluate there plan on a monthly
basis and modify it as we need. As we grow in
moderation we change.

I was writing in my journal and started to think about the kinds of things
I say to myself when I’m drinking to justify ‘one more’ drink, and I realized
this was really negative self-talk. I’ve used affirmations to counter this kind
of self-sabotage for other things in my life, so I decided to try it with these
little *voices*, only to work now during my 30 so I could supplant the bad thoughts with good ones.
I made a list of the negative thoughts I had while drinking, then rewrote them
as positive affirmations. Now I read these affirmations to myself every night.
We’ll see how it works after my 30 is over! Anyway, here’s an example of what I mean:
Negative Thought: “I’ve only had two drinks, why should I stop now?“
Positive Affirmation: “I am empowered to moderate my drinking and
will do so by maintaining my limit of 2 drinks“
I guess getting past that one week mark does something to a person!
My previous entries have all been two or three paragraphs. My journal today
(So Far) is over five pages. Things that used to only come up when I was
drinking (and thus not in a space to deal with) have been coming up, and
I’ve been able to rationally look at them!
Thank you all for your posts (even though I don’t post much myself)…
you keep me encouraged and foreward thinking! For the first time, I believe I CAN DO THIS!